… about how fiction emerges from real experiences.

To see earlier posts, click on the links below:

My mother’s story:
1. Tales I tell my grandchildren

Journeys with a book:
1. Starting points
2. A special kind of courage
3. Scratches in the rock
4. Fiction and real life
5. Backpacking through time
6. Diary of a Speaking Tigress
7. Negotiating with rebel leaders
8. The festival that nearly didn’t happen
9. Working with Ralph Russell
10. Who is ‘we’ ?
11. Who needs poetry?
12. Cast a long shadow
13. A better place?
14.  It’s an umbrella
15. When artists go to work
16. Reading to the swans
17. If you can walk, you can dance
18. Language I can’t afford to forget

I’m at the ‘amassing clay’ stage in what I’m currently writing. It’s a concept I have joyfully adopted from an Australian historian, Tom Griffiths:

“I find that one must first amass the clay, the raw material of reality, building up the rough form, gathering much more than one can eventually keep.… Read more

My granddaughter, aged 11, has asked me if I have yet written a blog about her. She had overheard someone ask me what I blog about, and I said, ‘Mainly about things that have inspired me to write.’ So she definitely has a point, because my grandchildren are high up there in the list.… Read more 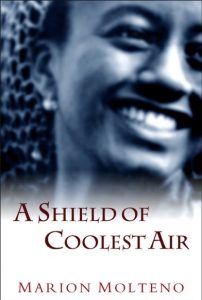 On the amazing oral poetry of Somali, and the writing of
A Shield of Coolest Air.

Two years ago, while televisions around the world were showing images of Syrian refugees in boats trying to get to a Greek island, in a London theatre the actor Benedict Cumberbatch was playing Hamlet. After the show he came out in front of the curtain and told the audience that they would be collecting money to help Syrian refugee children.… Read more 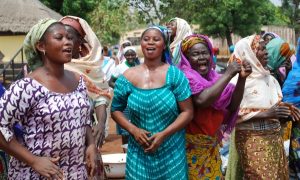 A little over twenty years ago I boarded a small plane in the UN base in Lokichogio, northern Kenya, to fly into a remote area of South Sudan. We were heading for a place called Mapel, a base from which Save the Children’s team supported what local people were doing to keep life going during the long drawn out civil war.  … Read more

My dawn walk is by the river, practising my reading to the swans. I’m in Norwich for a gathering of writers from across the world, and today I will get fifteen minutes to read from Uncertain Light. I’m testing out two passages, to see which works best, and timing them. The swans are attentive, staring at me with beady audience-eyes.… Read more 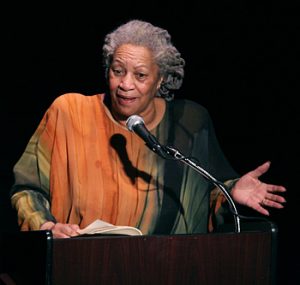 I spent a year in the USA as an exchange student the year before Kennedy was assassinated. Fran, the mother of the family who hosted me, is 94 now and remembers Presidents who to me are just history. She still follows the news avidly, which today means in a state of undimmed outrage.… Read more 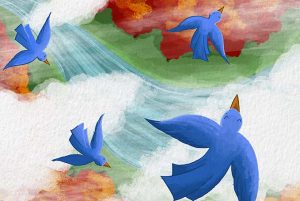 It’s dark all around us. My grandson, Zander – nearly three – is moulded into my lap, his body stilled by concentration as he watches the extraordinary goings on at the other end of the room. A young woman swings her puppet in the air, pretending to fly him over painted-cardboard-mountains and cotton-wool-clouds amidst birds that suddenly appear on sticks.… Read more

Uncertain Light has brought me to some strange places, but none stranger than this – I have been invited to speak at a conference on ‘Making the world a better place.’ My first reaction was – ‘You’re asking me?‘ The second was, Absurd to think any individual can do that.… Read more

If by any chance you missed me last month, Dear 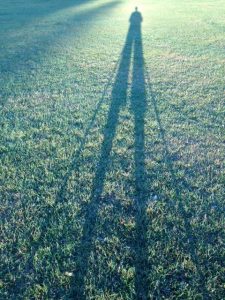 Blog-reader, here’s the reason – I’ve been learning to walk with my new hip. A different kind of journey – the unavoidable demands of the slowly healing body, the necessary quietening of the spirit in response. Stretches in a tunnel, then emerging to greet the early morning sun once again.… Read more