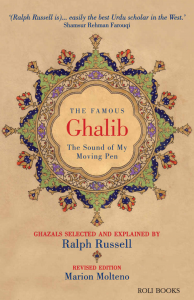 n of Ralph Russell’s critically acclaimed The Famous Ghalib introduces Ghalib to readers who want to find out why his poetry has inspired generations of Urdu speakers and many others besides. It explains the form of poetry in which Ghalib wrote, and how he used its symbolism to express his response both to the universal experiences of life and to the times that he himself lived through. With over 200 couplets in Russell’s translations, alongside the original Urdu – and also transcribed using both English and Hindi scripts, this is a must have for all poetry lovers.

‘Marion Molteno has mined a substantial corpus of Russell’s 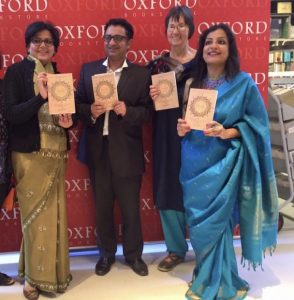 writings to string together his most valuable insights into the genre of ghazal … to prepare the uninitiated reader for the final feast of Ghalib’s ghazals in English translation. And what a magnificent feast it is!’
M Asaduddin, Jamia Millia Islamia

The Famous Ghalib was launched in Delhi in January 2016 at the Oxford Book Store, chaired by Rakhshanda Jalil. 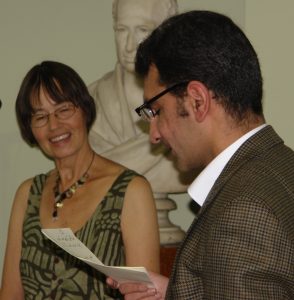