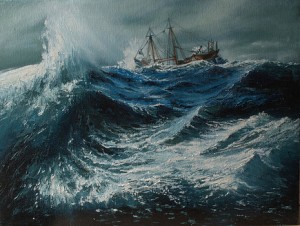 The wind blows hard, the night is dark, the stormy waves are rising
The anchor’s chain is broken, and the captain is asleep

British politics? Trump? Communal violence? Actually it’s the poet Ghalib in the early 19th century,  commenting on the world around him Delhi – or perhaps on life in general; and in the first chapter of my novel the words lodge in the mind of Tessa as she faces  a very personal crisis.

Poetry in a novel?

Uncertain Light has fragments of poetry scattered through it, mostly translated from Urdu and Persian. They’re intrinsic to the story because poetry is part of the psyche of several key characters, but I wasn’t at all sure as I wrote how well it would work for unknown readers. In the English speaking world there are many people who love poetry and can’t imagine living without it, but far more who go through life never voluntarily reading a poem. So I used it sparingly and waited for reactions.

Here’s one: ‘I was well put off poetry by having to study Milton’s minor poems for O-level, and have never recovered. But the Urdu poetry in the story brought me into a world I have never explored.’ … I doubt if schools still teach Milton’s minor poems but here is someone thirty years younger: ‘I have to confess that I have never much liked poetry. The way it was taught at my school made it feel totally baffling and unreachable. Reading the inspiring poetry in Uncertain Light  has made me want to explore more. Maybe I was just starting with the wrong poets?’ … A Norwegian reader said she couldn’t remember reading any poetry at school, and if she did, it had made no impression – yet she too loved the examples in the story …  A Polish/English speaker said, simply, ‘I fell in love with Ghalib’s poetry.’

So – poetry of a culture not their own touched people who thought they didn’t like poetry. What’s going on?

What creates pleasure in poetry?

I think back to my own school experience. I don’t remember ever being invited to compose a poem. Poetry was written by Poets, not by people like us, and it came ready-made in books. Yet we must have been introduced to it with some grace for I never took against it and there were poems I learnt just for my own pleasure. One had a sub-title Burma, 1945. I don’t think I had any idea what that signified but the sounds and images moved me despite my un-knowing, and I know them still:

The Arakan monsoon beats fiercely, warm as blood;
The dying afternoon dissolves in streams of mud.
Dim under the rain’s pallor, dear-bought by toil and valour
The road runs east to Prome –
Not westwards, home.

Poetry slipped into my life in other ways, unannounced. I have an early memory of watching my mother dress to go out. Inside the opened door of her wardrobe she had pasted brief quotations that she liked. Without my trying they became part of me … 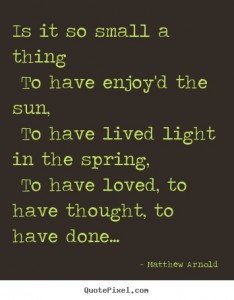 Later I realised she had a store of them in her mind – as a child she had spent hours in her uncle’s Victorian-style library, absorbing swathes of poetry at an age when I, a generation later, was just emerging from Enid Blyton. Occasionally – and always unpretentiously – she would quote fragments, sparked off by something that was going on. I never thought of them as literature, they were just lovely words, creating their own significance. Only much later did I wonder who had written them.

And then – theatre. My parents were founder-members of an amateur dramatic society, and the magic of words spoken aloud for an audience caught me young. I watched and listened, whether I understood or not. I played children’s parts. I was allowed in to the excitement of being backstage. I have no memory of finding Shakespeare’s plays difficult  because I heard and saw them before anyone expected me to understand them. I just took in what I could and didn’t bother with the rest.  The residue was a delight in the sounds and meanings that his words can conjure –

And as imagination bodies forth
The forms of things unknown, the poet’s pen
Turns them to shapes and gives to airy nothing
A local habitation and a name. 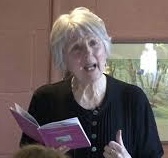 Poetry is word music – whether you hear it aloud, or in your head. Like music, it is rhythm, and multiple forms of sound patterning. One of my favourite poets – Pauline Prior-Pitt – says that as a child she learned poems off by heart to read in competitions at the Hull Musical Festival – ‘I just loved speaking poems and think most of them are improved by being read aloud.’ But sound alone doesn’t do the trick – it’s the sense that wins us. Its power comes from catching a moment of experience that we instinctively connect with. That’s one reason why long poems usually have less appeal – what strikes home is the immediacy of a thought, an image.  Pauline’s own poems capture the simplest moments in life, in the simplest language, and she gets it so spot-on that I laugh with recognition.

Sometimes poetry from a different culture can touch that nerve of recognition in people who have not responded to the poems they were made to study. Surprise may be an element in this, and the awe we feel when we find our own experience expressed by someone who lived hundreds of years ago, or in a completely different social world. An indication of this is the growing popularity on social media of quotes supposedly from the 13th century Persian poet/mystic Rumi. I  doubt the authenticity of many of them – they seem too soft and woolly, which he never was – and I feel inclined to start an on-line petition to insist that people sharing Rumi quotes should say which of his works they come from and who translated them. But whether or not they are by Rumi, there seem to be many people who like them because they think they are his. 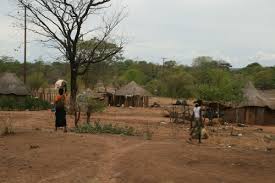 olgirls in Zambia. It was soon after the country had become became independent and the curriculum was still entirely British-culture-centred. I searched for stories and poetry that would resonate with the world these girls were growing up in – and as this is primarily an oral culture, I was looking for words spoken to an audience, not read in private. I coached a group to take part in a choral-verse competition led by an inspiring lecturer at the new university. Our entry was by a Malawian poet, vivid with the sounds and images of a tropical rainstorm. I worked with a budding Zambian playwright to create a drama about a girl growing up in a village, caught between the cultural expectations of her parents and school. It was so close to the bone (it mentioned sex) that the old-style English headmistress stormed in on a rehearsal one day to ban it.

But we crossed borders too. Some of those girls – now women of sixty – 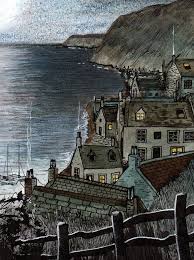 remember still our production of Under Milk Wood. The sea-struck Welsh village could not have been more different from the land-locked ones they knew, and almost every sensual image had to be explained, yet the gossipy small-village-ness made sense to them, and Dylan Thomas’s unexpected poet’s use of words was a game they enjoyed being part of –

It is spring, moonless night in the small town, starless and bible-black, the cobbled streets silent and the hunched courters’-and-rabbits’ wood limping invisible down to the sloeblack, slow, black, crowblack, fishingboat-bobbing sea.

One who traces her first love of theatre to that production found me on FaceBook a few months ago. She is from an Indian-Zambian family and she’s now an actress and theatre director in Mumbai, running workshops with children and college students – a long line of influence that makes me rejoice.

Each culture produces its own kind of poetry. Uncertain Light draws on Persian and its close relativ 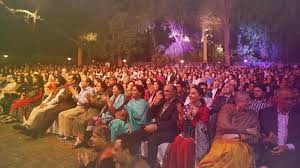 e, Urdu, from societies where poetry is almost universally loved. Here it has always been something that you speak and hear, and gatherings where poets recite their own compositions – mushairas – are hugely popular. The central character in the story grew up in that atmosphere and verses he remembers form a constant reference point in his own life; while writing the story, they did for me too. They are in a form called the ghazal whose hallmark is that it is highly condensed – each two-line couplet encapsulates a complete and often subtle thought. To people from outside the culture the form may seem odd, the meanings too deeply embedded in a different world-view, the symbolic language opaque. These are challenges, but they do not make communication impossible. What we look for when venturing across cultures is starting points that tap into universal feelings. When Ghalib says –

The wind blows hard, the night is dark, the stormy waves are rising
The anchor’s chain is broken, and the captain is asleep

– it resonates with anyone anywhere who is panicking that things are out of control.

It’s my hope that Uncertain Light will open a small window onto a culture in which poetry is regarded both as the highest of creative forms and also the most accessible, whose sounds children absorb without effort, whose meanings they rediscover in the intensity of youth, and whose wisdom they use as a resource through life, to light the path they walk on.

The Arakan monsoon  is by a now forgotten Rhodesian poet, Noel Townley (b1914). Is it so small a thing is by Matthew Arnold. And as imagination  is from A Midsummer Night’s Dream. The wind blows hard  is from Ghalib’s Persian ghazal no. 87, translation by Ralph Russell. Pauline Prior-Pitt’s poetry can be found on http://www.pauline-prior-pitt.com/

9 thoughts on “Who needs poetry?”